Ashton Kutcher is a happily married man. He got married to his long-term partner Mila Kunis. They started dating in 2012 and got engaged in February 2014. They tied their knots on July 4, 2015, and have two children Wyatt and Dimitri. Prior to her, he was married to actress Demi Moore from 2005 to 2013. 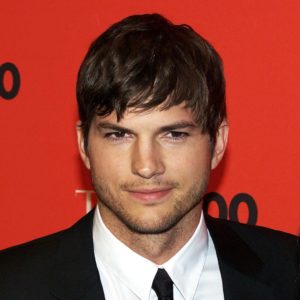 Who is Ashton Kutcher wife ? Ashton Kutcher is an American actor, entrepreneur, producer, and former model. He is famous for his roles in That ’70s Show, A Lot Like Love, and more.

He was born on 7th February 1978, in Cedar Rapids, Iowa, USA. He is the son of factory worker Larry M. Kutcher and Procter & Gamble employee Diane Finnegan.

Ashton has an older sister Tausha and a fraternal twin Michael. He was raised in a conservative Catholic family.

His parents separated when he was just 16. His brother also had a heart transplant, cerebral palsy, and cardiomyopathy. This caused a lot of stress in his family and he said he never wanted to come home and find more bad news.

Kutcher attended Washington High School and then moved to Homestead, Iowa with his parents. There he attended Clear Creek-Amana High School where he found his passion for acting.

While in high school, he attempted to steal money. He was arrested and convicted of third-degree burglary. He served three years of probation and 180 hours of community service.

After that, he went to the University of Iowa to study biochemical engineering. During that time, he entered the “Fresh Faces of Iowa” modeling competition and won.

Kutcher then went to New York City to pursue modeling and then moved to Los Angeles to focus on acting.

Kutcher began his career in acting when he appeared in the Fox TV sitcom That ’70s Show from 1998 to 2006 portraying Michael Kelso.

The following year, he made his movie debut in the romantic comedy Coming Soon. Then he landed roles in Dude, Where’s My Car in 2000, Just Married in 2003, My Boss’s Daughter in 2003, and more.

The same year, he produced and created a TV series Punk’d and also became the host for its eight seasons out of ten.

Coming down to his personal life, the handsome actor Ashton Kutcher is a married man. He lives with his darling wife Mila Kunis.

The couple first met while working on the series That ’70s Show. She was 14 and he was 19 at the time.

They finally started dating in 2012 and eventually ended up getting married. From their relationship, they have two children Wyatt and Dimitri.

Prior to dating her, he was married to actress Demi Moore from 2005 to 2013. He has also dated a few celebrities in his life.

No, That ’70s Show star Ashton is not single. He is taken by his amazing wife Mila Kunis, a famous American actress.

As of 2022, they have spent seven years living together as a married couple and 10 years as a couple. Both of them are extremely fortunate to have one another in their lives.

Their love also keeps on increasing every single day and are really blessed to have met each other in life.

They are a perfect example of a power couple and are also an ideal match. They have an amazing life regardless.

Who has Ashton Kutcher Dated?

Over his decades-long career, the handsome actor Kutcher has been in numerous relationships with many personalities.

His first relationship was with famous actress Monet Mazur. The couple dated only for a year and broke up.

Both of them were relatively new in the industry at the time. The reason behind their split remains uncertain.

Then after he stayed single for two years. In 1998, he started going out with January Jones. Their relationship lasted for three years.

Likewise, it is unknown why the couple split. Then he had a relationship with actress Ashley Ellerin somewhere in 2000.

The following year, Ellerin was murdered by a serial killer Micahel Gargiulo. She was stabbed 47 times on February 21, 2001.

In 2019, he testified at the trial of Gargiulo that he visited her on the night of her murder. Then in 2001, he had a short-term relationship with actress Ashley Scott.

Yes, Ashton Kutcher is indeed a happily married man. He tied his knots with his long-term girlfriend Mila Kunis.

The two started dating in 2012. Mila was his former co-star in the TV series That ’70s Show. Their bond eventually got stronger.

Two years later, the couple took their relationship a step ahead by announcing their engagement in February.

The same year in September 2014, the couple welcomed their first child, a daughter Wyatt Isabelle Kutcher.

Finally, on July 4, 2015, they walked down the aisle in a beautiful ceremony attended by a few guests and close relatives in a secret wedding.

Their second child, a son Dimitri Portwood Kutcher was born in November 2016. As of now, he is living his best life with his amazing family.

Prior to dating Mila, Kutcher was married to American actress Demi Moore. The couple got married on September 24, 2005.

However, six years later, they annulled their marriage and finally got divorced on December 21, 2012, in Los Angeles Superior Court.

The famous actress Ashton Kutcher has an estimated net worth of around $200 Million as per celebrity net worth.

A huge load of his income generally comes from his successful career in the television and cinematic industry.

Although his annual revenue is yet unavailable, it is certain to be in millions of dollars. He also charges $800,000 per episode.

Likewise, his net worth in the upcoming time is also very sure to take a huge uplift with his growing fame and career.

Likewise in 2018, the couple purchased $10 million for a mansion in Carpenteria, California. Their primary residence is a 6-acre property in Beverly Hills, California.

His wife Mila Kunis, a successful actress, also has a net worth of around $75 million as per the celebrity net worth.

His former wife Demi Moore, a renowned model and actress has a net worth of around $200 million. 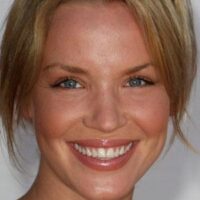 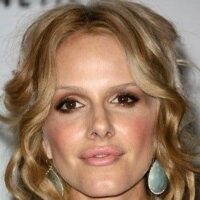 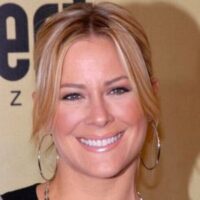 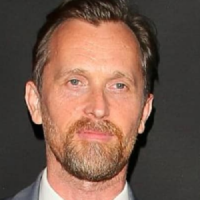 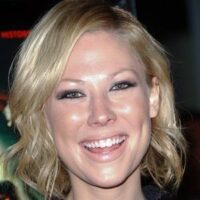 Desi Lydic was born on June 30, 1081, in Louisville, Kentucky, USA. She is a comedian and actress by profession.