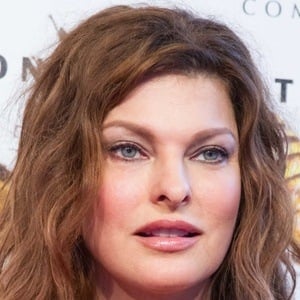 Linda Evangelista is currently living a single life. She was once married to her agent Gerald Marie. The couple got married on July 1, 1987, and got divorced in 1993. After that, she dated numerous personalities like Kyle MacLachlan, Fabien Barthez, Peter Morton, and others. She also has a son with Francois-Henri Pinault.

Who is Linda Evangelista husband ?

Linda Evangelista is a Canadian model. She is famous as one of the most influential and accomplished models of all time.

She was born on 10th May 1965, in St. Catharines, Ontario, Canada. She is the daughter of a general motors worker Tomaso Evangelista and bookkeeper Marisa Evangelista.

Linda has a younger brother though his identity is unavailable. She grew up in a working-class and Roman Catholic family.

At the age of 12, she attended a self-improvement course in a modeling school. There she learned things like etiquette and poise. She was also advised to take a modeling course.

Then, as a teenager, she started modeling in her hometown and in 1981, took part in the Miss Niagara beauty pageant. There, she was discovered by a representative from Elite Model Management.

Linda belongs to Italian ethnic heritage and has Canadian citizenship. Her zodiac mark is Taurus.

Likewise, Evangelista attended Denis Morris Catholic High School, in St. Catherines, Ontario. After that, she continued her modeling career and did not go to college.

At 16, she moved to Japan to pursue modeling. However, during her time there, she experienced unpleasing experiences and moved back to Canada.

Two years later, she started modeling again. In 1984, she signed with Elite and met famous agent John Casablancas and then moved to Paris. Her first major fashion cover was of L’Officiel in 1984.

Evangelista became one of the five supermodels in the late ’80s and the early ’90s. Her quote in an interview in October 1990, ” We don’t wake up for less than $10,000 a day” became a famous quote in modeling history.

In 1998, she announced her retirement from modeling but returned two years later. She has since appeared in shows like Australia’s Next Top Model, FiFi Awards, and more.

Moving on to her personal life, the famous supermodel Linda Evangelista is currently living a single life. She does not seem to be seeing anyone at the moment.

However, she was once a married lady. She married her agent Gerald Marie in 1987 and were together till 1993. They did not have any children from their marriage.

Following her divorce, she then dated numerous personalities in her career. However, not all of her relationships had a good outcome.

After her multiple breakups, she is currently more focused on herself. She is also very busy with her schedule and does not have much free time.

Currently, Evangelista is living a single life. It has been over a decade since the model has not publically dated anyone.

After her previous breakups, she has decided not to focus more on love and shift her dedication toward her career.

She is a very successful and straightforward personality. The model has a lot of admirers and has all the love that she needs from her fans.

Nonetheless, she is living a great life. Linda also has kept her personal life very discreet and does not share much about it lately.

Whom has Linda Evangelista Dated?

Throughout her career, Evangelista has been in numerous relationships. However, not all of her relationships could have a promising outcome.

Initially, she was in a relationship with her agent Gerald Marie. They even tied their knots though they divorced after just six years in 1993.

In 1992, she met actor Kyle MacLachlan during a photoshoot for Barneys New York. Eventually, the couple started dating.

Their relationship was going very smoothly for the first couple of months. They even announced their engagement in 1995.

But things started to take a different turn. Just after three years of their engagement, they decided to call off their engagement and broke up. Kyle then married entrepreneur Desiree Gruber.

The same year after their split, she then started going out with French footballer Fabien Barthez. Their relationship only lasted for two years and separated.

Linda was also pregnant with their children, unfortunately, she suffered from a miscarriage after six months.

They again tried to mend their relationship and started dating again in 2001 but they broke up for the final time in 2002.

In 2003, she started dating Italian businessman Ugo Brachetti Peretti. They were also seen together at the Vogue Party in Milan in 2003.

But just after a year, they broke up and moved on separately. Then she had a brief relationship with Italian businessman Paolo Barilla in 2005.

The same year, she started dating French billionaire Francois-Henri Pinault in September 2005. She also appeared on the Vogue cover carrying a baby bump.

In 2011, she gave birth to a baby boy Augustin James Evangelista. In 2011, she filed him and got into an ugly court battle.

She asked $46,000 for monthly child support but eventually, they agreed to settle out-of-court.

From 2006 to 2010, she had a long-term relationship with the co-founder of Hard Rock Cafe Peter Morton. The reason behind their split is unknown.

After that, she hasn’t dated anyone publically and has kept her personal life very discreet.

As of now, Linda Evangelista is living a single life. However, the supermodel was once a married lady.

During her initial modeling career, she fell in love with her agent Gerland Marie. Just after a year, they walked down the aisle on July 1, 1987.

Gerald was 15 years older than her. However, their marriage only lasted for five years, and officially got divorced in 1993.

In 2011, Carre Otis, a model revealed in her memoir Beauty Disputed that he ra*ped her when she was 17 and engaged to her.

After their toxic divorce, she dated many personalities but as of 2022, she still remains and enjoys the single life.

The famous supermodel Linda Evangelista has an estimated net worth of around $40 Million as per the celebrity net worth.

A wide range of her income generally comes from her successful career in the modeling industry.

Although her year-end income is in moderation, it is very certain to be in millions of dollars every year.

Likewise, her net worth in the upcoming time is also sure to take a huge risk with her growing popularity and career.

Though she has not disclosed any details regarding her properties, it is definitely the model owns quite a lot throughout the country. 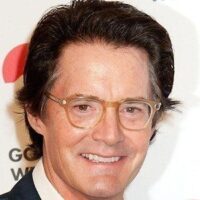