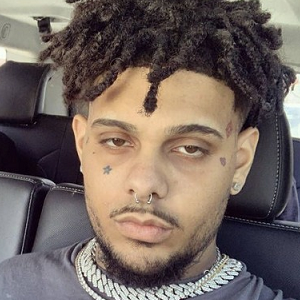 Smokepurpp is currently living a single life. He is not dating anyone at the moment. However, he was once in a relationship with Noah Cyrus for a short time in 2020.

Who is Omar Jeffery Piniero wife ?

Smokepurpp is a famous American rapper. He is famous for his songs and mixtapes like Audi, Deadstar, and more.

Omar Jeffrey Piniero, aka Smokepurpp was born on 15th May 1997, in Chicago, Illinois, USA. However, there is currently no information about his parents or siblings.

Smokepurpp moved to Miami, Florida along with his family when he was just three years old. Speaking about his childhood, he referred to himself as a calm person who encircled himself with diverse groups of people.

He belongs to the Hispanic ethnic ancestry and has American citizenship. Likewise, his zodiac symbol is Taurus.

Piniero attended high school however, he dropped out in his senior year to focus completely on his music career.

Smokepurpp started his music career during high school and published his work on SoundCloud. He then started to rap because the audience did not buy his produced work.

In 2017, he signed a joint venture deal with Alamo Records and Interscope Records. The same year, he released his mixtape Deadstar and also released his debut single Audi.

The song became his biggest hit with over 25 million plays on SoundCloud. Then after he released Deadstar in 2017 and debuted at No. 42 on the Billboard 200 album chart.

Similarly, he released his EP Lost Planet including guest appearances from rappers like Lil Pump, Gunna, and NLE Choppa.

Finally, after many delays, he released his debut album Deadstar 2. However, the album could not do many commercial sales but it peaked at No. 86 on the Canadian Albums chart.

Moving on to his personal life, the famous rapper Smokepurpp is currently living a single life. He is not involved in any sort of relationship currently.

However, he was once in a relationship with American singer and actress Noah Cyrus in the past. She is the younger sister of the famous pop star Miley Cyrus.

Although their love life could not run for much longer. Just after a few months of dating, they parted ways and moved on with their own separate lives.

The actual reason behind their split remains unknown. As of now, he lives a single life and is also very busy with his career.

Yes, currently, the famous rapper Smokepurpp is living a single life. After his recent breakup with Cyrus, he has not given much thought to dating.

Currently, he is very busy with his musical career and does not seem to be wanting any kind of distractions from his work.

He is a very hardworking person and his main goal for him is solely his career. Pineiro being single might also be great news to many of his fans out there.

Nonetheless, he has a great and decent life. He is also working really hard to reach his desired goal.

Whom has Smokepurpp Dated?

So far, Smokepurpp only has revealed dating one time. In 2020, he was in a relationship with Noah Cyrus.

Their relationship was very short-lived. However, none of them said revealed anything about their breakup and kept it low-profile.

The actual reason behind their split yet remains anonymous. None of them wanted to share anything about the matter with the public.

After their separation, both of them are living single lives. They have not dated anyone after that and both are also very busy with their careers.

Noah is set to release her debut album in July 2022 and has very little time to spend for herself.

Prior to dating Smokepurpp, she was in a relationship with another rapper Lil Xan. Likewise, their relationship also lasted for a brief time and parted ways shortly after.

It is not much of a task to find a partner for him with those gorgeous looks and also a very decent personality. He will surely find a girl of his choice but he chooses to remain single at the moment.

Smokepurpp does not have any scarcity of love. He has millions of fans who love him every step of the way which is very overwhelming for him.

Nevertheless, he has a very great life. He gained success at a very young age and is continuing to leave his legacy for the future.

No, the famous rapper Smokepurpp is not yet married. Nor he is in a relationship with anyone at the moment.

He also has not put on much thought into this matter and chooses not to speak much about it as well.

Currently, he has maintained his prime focus solely on his career. Moreover, he is also quite young to get married and has a lot of time for that.

When the right time comes, he will for sure tie his knots with the most compatible partner in the near future.

Till then, he likes to keep things the way they are and does not want to think much about them. He has a very great life and career.

Up until now, the rapper Smokepurpp has never been a prime focus of any sort of rumors and controversies.

He also does not like to be a part of such unnecessary topics and always maintains a fair distance from them.

Moreover, he also does not make many media appearances which help him to stay away from unnecessary limelight.

He has never made any controversial or judgemental statement anywhere and is well-loved by the general public.

He maintains a very good relationship with the press and the audience and also has a very respectful personality.

Smokepurpp maintains his personal and professional lives very separate and does not let one affect another in any way.

Smokepurpp, a famous rapper has an estimated net worth of around $5 Million as per various sources.

A huge load of his pay mostly comes from his thriving career in the entertainment business.

Although his annual revenue is still available it is very sure to be in hundreds of thousands every year.

Likewise, his net worth in the upcoming days is also very sure to take a huge rise with his growing fame and career.

He certainly lives a very luxurious and cozy life in his huge and expensive real estate in Los Angeles, California.

Although he has not disclosed anything about his properties but is sure he owns quite a lot throughout the country. 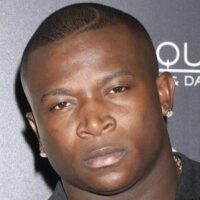