Steve Harvey is a married man. He is currently married to fashion expert Marjorie Bridges. They tied their knots on June 25, 2006. Before that, he was married to Mary Shackelford and to Marcia Harvey before her. Together, Harvey has seven children, three step-children included from Marjorie Bridges’ past relationship.

Steve Harvey is an American TV presenter, actor, author, businessman, and former stand-up comedian. He is the host of Family Feud, The Steve Harvey Morning Show, and so on.

He was born on January 17, 1957, in Welch, West Virginia, USA. He is the son of a coal miner father, Jesse Harvey, and his mother, Eloise Vera. His full name is Broderick Stephen Harvey. He grew up along with his three siblings Terry, Pauline, and Mona. His family relocated to Cleveland, Ohio on East 112th Street. In 2015, it was renamed Steve Harvey Way.

Harvey graduated from Glennville High School in 1974. Furthermore, he attended Kent State University and later West Virginia University and was also one of the members of the Omega Psi Phi fraternity.

Steve Harvey started his early career as a stand-up comedian. In the late ’80s, he was also homeless for three years where he slept in his 1976 Ford and showered at gas stations and swimming pool showers. Eventually, he got a job as a carpet cleaner at a travel agency. In the early ’90s, he was a finalist in the 2nd Annual Johnnie Walker National Comedy Search which lead his career to appear as a host of Its Showtime at the Apollo and even The Steve Harvey Show.

Furthermore, he was featured in The Original Kings of Comedy after appearing in the Kings of Comedy Tour. Harvey did his last stand-up in 2012. Moreover, he has hosted both Family Feud and Celebrity Family Feud since 2010. He also has been the host of Little Big Shots, Steve Harvey’s Furtherdome, and Little Big Shots, Forever Young. As an author, Steve has authored four books like Act Like a Lady, Think Like a Man.

He founded Steve Harvey Global, an entertainment company. In 2020, he started the African version of Family Feud and even invested in the HDNet. He and his wife founded a non-profit organization, The Steve and Marjorie Harvey Foundation that works for the education of the youth. For his works, he has received six Daytime Emmy Awards, two Marconi Awards, and fourteen NAACP Image Awards.

Steve Harvey has been married three times and has a total of seven children, four biological, Brandi, Karli, Broderick, and Wynton, and three stepchildren, Morgan, Jason, Lori. Currently, he is married to fashion expert Marjorie Bridges. The pair tied their knots on June 25, 2007. However, they do not have any children from their marriage but, he is a step-father to her three children from her past relationship.

Prior to her, he tied his knots with Mary Shackelford in 1996 and together has a son. Unfortunately, their marriage life didn’t turn out to be forever leading to a separation in 2005. His first wife Marcia Harvey and him shared their voes in 1981, the couple has twin daughters and a son. However, after many years of living together, they started having differences and disagreements which lead the couple to a divorce in 1994.

The famous comedian and TV personality Steve Harvey has an estimated net worth of $200 Million as per the celebrity net worth. A big bulk of his income mainly comes from his career as a comedian and a host of numerous reality game shows. He earns approximately $45 Million every year as his annual salary.

Harvey lives a very luxurious life. He owns several real estate. In 2010, he purchased a mansion in Atlanta for $3.4 Million. He also bought an equally large mansion in Dallas. Moreover, he bought a 5,500 square foot home in Chicago on the 88th floor which he sold for $7.7 Million in 2018. 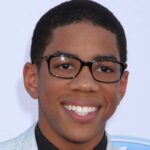 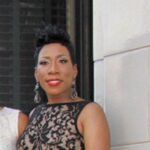 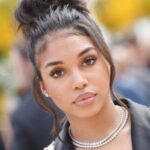 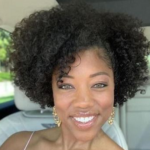 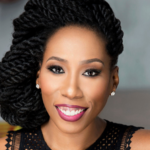 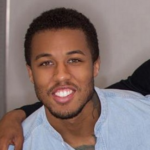