Timothee Chalamet is currently living a single life. However, in the past, he has dated personalities like Eiza Gonzalez, Lily-Rose Depp, and Lourdes Leon. 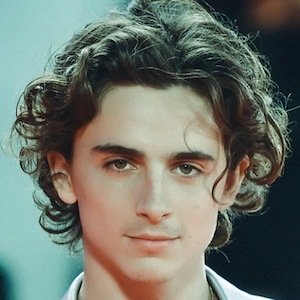 Who is Timothee Chalamet wife ?

Timothee Chalamet is an American actor. He s most famous for his role in movies like Interstellar, Call Me By Your Name, and more.

He was born on 27th December 1995, in New York City, New York, USA. He is the son of a UNICEF editor Marc Chalamet and a real estate broker Nicole Flender.

Timothee has an older sister Pauline. She is also an actress. His father is from France and his mother is a third-generation New Yorker of Ashkenazi Jewish descent.

Growing up, he spent summers at his paternal grandparents’ home in Le Chambon-sur-Lingon, a small village in France.

He belongs to a French, Scottish, English, Irish, and Ashkenazi Jewish ethnic background. He holds French and American citizenship. His zodiac is Capricorn.

Timothee graduated from Fiorello H. LaGuardia High School of Music and Art and Performing Arts. Then after he attended Columbia University.

Just after a year, he then transferred to the Gallatin School of Individualized Study at New York University.

Born and raised in New York, he started his career on stage and in TV productions. He appeared in the thriller drama series Homeland in 2012.

In 2014, he made his movie debut in the comedy-drama Men, Women & Children and also appeared in the sci-fi movie Interstellar the same year.

He gained international fame after his portrayal of Elio in the coming-of-age movie Call Me By Your Name in 2017 for which he also received an Academy Award for Best Actor nomination.

Then after he appeared in several supporting roles in the movies Lady Bird in 2017 and Little Women in 2019.

Moreover, he also starred in the 2018 biographical movie Beautiful Boy and in Denis Villeneuve’s sci-fi movie Dune as Paul Atreides in 2021.

Moving on to his personal life, the handsome actor Timothee Chalamet is currently living a single life. He is not dating anyone presently.

After his last breakup with Mexican actress Eiza Gonzalez, he has not been in a relationship with anyone since.

He also has kept his personal life kind of low profile despite being a huge personality. He has managed to keep it relatively discreet.

Nonetheless, he is living a great life regardless. He is also very busy with his career at the moment and wants to keep his main focus here.

Yes, the Call Me By Your Name star Timothee is currently single.

As of now, he seems to be very much focused on his work over other things and does not seem to invite any distractions from his goal.

Although he might also be dating someone off-camera he has not confirmed it yet. He wants to keep his personal life far away from the limelight.

Whom has Timothee Chalamet Dated?

So far, the native New Yorker has only been in a few relationships throughout his career. However, all of them could not have a successful outcome.

His first-ever relationship was with Lourdes Leon. She is the daughter of the legendary singer Madonna.

The two began their relationship in 2013. Their initial phase was promising and as time went by, they did not seem to have much interest in each other.

This led to a separation just after a year and parted ways. After that, he stayed single for another four years where he was deeply focused on his career.

In 2018, he started going out with Lily-Rose Depp, a French-American actress, and model. Also, the daughter of Hollywood star Johnny Depp.

The duo confirmed their relationship the same year when they were seen kissing in public in October 2018 during an outing in New York City.

Likewise, their relationship also started to fade out eventually. After two years of spending their lives as a couple, they decided to break up in 2020.

Although the exact reason behind their split is still unknown. After their split, he then met Mexican actress Eiza Gonzalez in June 2020 and began dating.

Their relationship also lasted for a very brief time. After just a few months, they announced their split.

After their breakup, Timothee has not dated anyone and lives a single life. Currently, he is very occupied by his work and does not have much free time for himself.

The famous actor Timothee Chalamet has an estimated net worth of around $10 Million as per the celebrity net worth.

A huge chunk of his revenue generally comes from his successful career in the cinematic and television industry.

However, his annual income is yet in moderation but it is sure to be in millions of dollars every year.

His net worth in the upcoming timeline is also very sure to take a huge rise with his growing fame and popularity.

Nonetheless, he lives a very luxurious and lavishing life in his expensive and cozy place in New York City.

However, he has not disclosed anything about his properties but he surely owns a lot throughout the country. 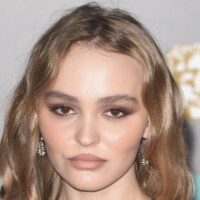 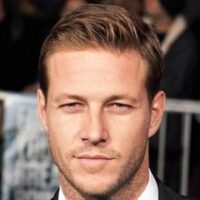 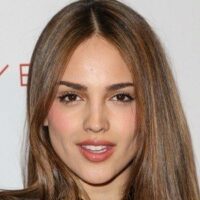