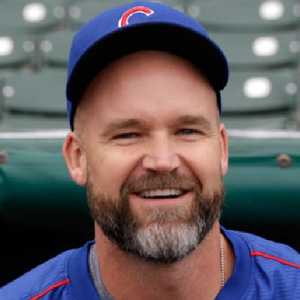 David Ross is currently in a relationship with American actress Torrey DeVitto. They started dating in 2021. Prior to her, he was married to his childhood sweetheart Hyla Ross, a licensed pediatric nurse. They got married in 2005 and have three children Cole, Landri, and Harper together. However, they divorced in 2020.

Who is David Ross wife ?

David Ross is an American former baseball player. He currently is the manager of the Chicago Cubs of Major League Baseball.

He was born on 19th March 1977, in Bainbridge, Georgia, USA. He is the son of former softball player David Ross Sr. and former basketball player Jackie Ross.

David has a younger sister Nikki Ross, an older sister Shannon Ross, and two other siblings. His two uncles were also football players in college.

The internet does not have much detail about his early childhood at the moment. He has kept it kind of a secret.

David belongs to a Caucasian ethnic heritage and has American citizenship. His zodiac symbol is Pisces.

Likewise, David went to the Florida State University School in Tallahassee, Florida. He played baseball for the school team.

Following his graduation, he got a scholarship to attend Auburn University. He also played for the college’s baseball team for a year.

Then he transferred to the University of Florida and played for the Florida Gators team in 1998.

In 1995, he was selected by the Los Angeles Dodgers but he did not accept to attend Auburn University. However, in the seventh round, he entered the team.

Ross made his MLB debut in 2002 as a pinch hitter. Though he only played for the team for two years and then the team sold his contract to the Pittsburgh Pirates in 2005.

With the Pirates, he played 40 games and then was traded to the San Diego Pardes in 2005 and played 11 games with them.

In 2006, he started to play for the Cincinnati Reds and signed a two-year contract with them, and mostly played as the personal catcher.

He also played for the Atlanta Braves in 2008 and then stayed on the team for four years. In 2012, he went to the Boston Red Sox and then to Chicago Cubs and finally retired from Kansas Stars. Right now, he is the manager of the Chicago Cubs.

Coming down to his personal life, the former baseball player David Ross is currently in a relationship with his girlfriend Torrey DeVitto.

The couple started dating somewhere in 2021 and are still living a great life together. Prior to dating DeVitto, he was once a married man.

He tied his knots with his long-term sweetheart Hyla Ross. The couple were together for fifteen years and also have three children Cole, Landri, and Harper.

However, their marriage came to an end in 2020. As of now, he is living his best life with actress DeVitto and seems very happy.

No, the Chicago Cubs manager Ross is not single. He is taken by his gorgeous partner Torrey DeVitto, a successful actress.

As of 2022, the couple has spent over a year living together as a couple. Despite being newbies in the relationship, their bond keeps on growing stronger every day.

They are also extremely fortunate to have each other in their lives and are living their best and happy life together.

They are a good example of an ideal match and are living a great life. He is very lucky to have DeVitto in his life as his love.

Who has David Ross Dated?

Throughout his decades-long year career in the baseball industry, the player has dated two girls in his lifetime.

As of now, he is in a happy relationship with his partner Torrey DeVitto, a successful actress. The two started dating somewhere in 2021.

After Torrey’s breakup with her former partner Will Estes, an actor, she started dating Ross soon after their separation.

Prior to dating her, he was once a married man. He was married to his long-term girlfriend Hyla Ross.

Apart from these two, he has not shared about being in a relationship with any other personalities so far.

Currently, David Ross is not married. He is in a relationship with his gorgeous partner Torrey DeVitto.

Although, the former baseball player was once a married man. He tied his childhood girlfriend Hyla Ross, a licensed pediatric nurse.

The two were in a relationship for a very long time until they deiced to finally tie their knots in 2005. From their marriage, they also have three children.

Four years later, in 2009, Hyla gave birth to their first child, a daughter Landri Ross. The following year, she gave birth to a son Cole Ross 2010.

Over time, their relationship started facing complications which eventually ended up in a divorce. In 2020, the couple finalized their divorce and parted ways.

The former baseball pitcher David Ross has an estimated net worth of around $11 Million as per celebrity net worth.

A huge load of his income mostly came from his career in the baseball industry and also as the manager of the Chicago Cubs.

However, his annual revenue is still speculation, it is very certain to be in millions of dollars every year through different ventures.

He surely lives a very rich and lavish life with his partner in his huge and expensive real estate in the States.

Though he has not disclosed anything about his properties, it is certain he owns quite a lot throughout the country. 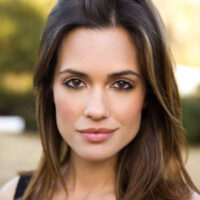 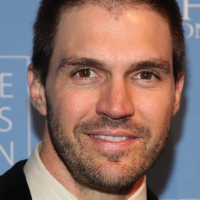 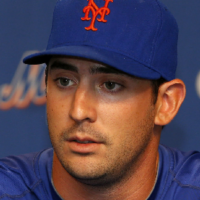 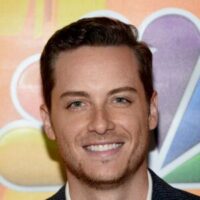