Brooke Shields is a happily hitched lady. She is married to screenwriter Chris Henchy. They got married on April 4, 2001. They also have two daughters Rowan and Grier. Before Henchy, she was married to Andre Agassi from 1997 to 1999.

Who is Brooke Shields husband ? 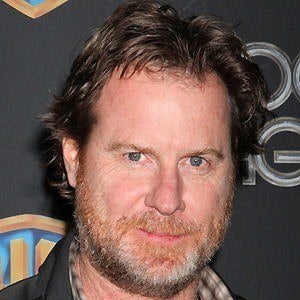 Brooke Shields is an American model and actress. She is famous for her roles in The Blue Lagoon, Endless Love, Lipstick Jingle, and more.

She was born on 31st May 1965, in Manhattan, New York, USA. She is the daughter of businessman Francis Alexander Shields and actress Teri Shields.

Brooke has three half-sisters Olympia, Marina, Christa, and two step-brothers, Thomas and Alessandro. Her parents divorced when she was just five months old.

Growing up, she took ballet, piano, and horse riding lessons. When she was just five days old, her mother stated she wanted her to make a career in the show business.

Brooke belongs to Irish, German, Italian, English, Scottish, Spanish, French, and Dutch ethnic heritage. She has American citizenship and her zodiac is Gemini.

Likewise, she went to the New LLincoln School till eighth grade. She then graduated from The Dwight-Englewood School in Englewood, New Jersey.

Then she graduated from Princeton University in 1987 with a bachelor’s degree in French Literature.

Shields started her modeling career when she was only 11 months. She was a successful child model working with model agent Eileen Ford, who started her children’s division just for her.

In 1980, at 14, she became the youngest fashion model to appear on the cover of Vogue. By 16, she became one of the most recognizable faces in the U.S.

Her first major movie role came in the historical drama Pretty Baby in 1978. Eventually, she appeared in movies like The Blue Lagoon in 1980, Endless Love in 1981, and others.

Shields has also worked in television like the NBC sitcom Suddenly Susan from 1996 to 2000, Lipstick Jungle from 2008 to 2009, and had a recurring role in Law & Order: Special Victims Unit on their 19th season.

Since 2014, she has voice acted in the Adult Swin animated series Mr. Pickles and its spinoff Momma Named Me Sheriff.

Coming down to her personal life, the famous actress Brooke Shields is a married lady. She lives with her husband Chris Henchy.

The two got married on 4th April 2001. From their marriage, they have two beautiful daughters Rowan and Grier.

Prior to marrying Henchy, she was once married to tennis player Andre Agassi. They were together from 1993 to 1999.

Apart from her marriages, she has also dated personalities like Michael Bolton, Liam Neeson, Dean Cain, Scott Baio, and others.

No, the gorgeous model Brooke Shields is not single. She is married to screenwriter and producer Chris Henchy.

The two have been together since 1999 and are inseparable. They are extremely in love with each other and their relationship keeps on escalating stronger.

The couple is a great example of an ideal pair and is living their best lives together with their two daughters.

Who has Brooke Shields Dated?

Throughout her decades-long career in the fashion and television industry, Shields has been in numerous relationships over time.

Initially, she was in a relationship with actor Scott Baio. The two were together for about a year and broke up the following year. The reason behind their separation remains uncertain.

The same year, she had a short fling with actor John Travolta. She was also in a short-term relationship with lawyer and journalist John F. Kennedy Jr. in 1982.

Then in 1983, she had a short romantic encounter with Prince Albert II of Monaco. They were together for a couple of months.

While she was attending Princeton University, she became close to actor Dean Cain and dated for four years throughout college till 1987.

Around the same year, she also dated actor Nicholas Cage for a short time. After that in 1991, she started going out with singer Michael Bolton.

Their relationship lasted for approximately a year and then dated Liam Neeson the same year for a few months.

There was also a rumor about Shields dating the late singer Michael Jackson during the ’80s. Michael adored her and asked her out multiple times but she did not feel the same way toward him.

Yes, the Suddenly Susan star Brooke Shields is indeed a hitched lady. She tied the knot with producer and screenwriter Chris Henchy.

The two first met in 1999 through a mutual friend. Their bond started to grow stronger over time and ended up dating.

Just a year later, the two announced their engagement while vacationing in Mexico on 15th July 2000.

The year later on 4th April, they walked down the aisle in a gorgeous and intimate wedding ceremony attended by their family and friends.

They were in a relationship for four years and finally got married on 19th April 1997. However, things took a different turn for the north of them.

They started having complications in their marriage which eventually led the couple to get a divorce. They did not have any children from their relationship.

The gorgeous and talented actress Brooke Shields has an estimated net worth of around $40 million as per celebrity net worth.

A wide range of her income generally comes from her successful career in the modeling and television industry.

Although her year-end income is yet in moderation, it is very certain to be in the millions of dollars.

With her growing career and profession, it is sure her net worth in the near future is definitely taking an incline.

Likewise, the actress has a very lavish and rich lifestyle in her expensive and huge real estate in Los Angeles, California.

Her husband Chris Henchy, a successful screenwriter also has a net worth of around $50 million as per celebrity net worth.

Chris Henchy was born on March 23, 1964, in New York City, New York, USA. He is a screenwriter and producer by profession. 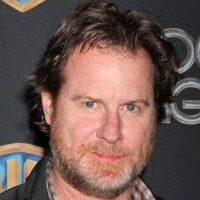 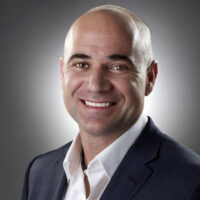 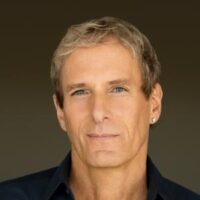 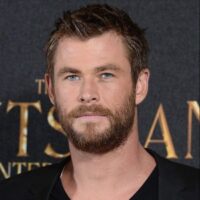